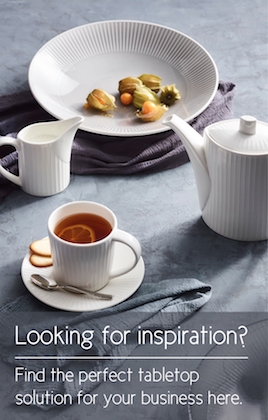 William Edwards’ long-standing reputation for world-class design and production made him the obvious partner for Brett Graham’s own meticulous attention to detail. In 2016, they started collaborating on a project to create the ultimate tableware for fine dining.

The brief was for an exclusive “chefs’ plate” which would allow Brett’s exceptional cuisine to be presented in the best possible way. Brett also specified exacting performance criteria for this new range of tableware, while William contributed his great expertise in ceramic materials.

Located in London’s Notting Hill, The Ledbury is a 2 Michelin-starred restaurant which has consistently been listed among the world’s 50 best dining destinations.

Proprietor Brett Graham is renowned among fellow chefs for his unwavering dedication to his customers, his craft and his restaurant. 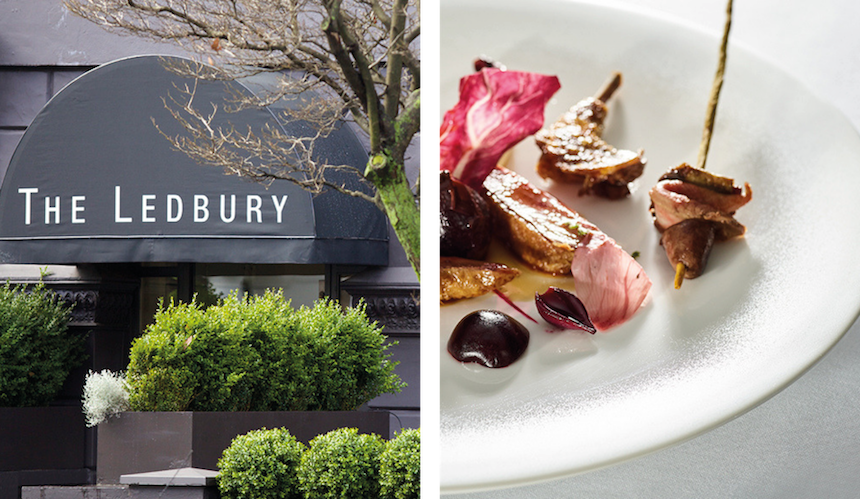 William started the first stage of the design process by preparing sketch drawings of the range in his studio.

Key features include the frosted finish, which minimises finger marking when the plates are set down on the table. The plates are also designed without a rim, to ensure that there is no visual distraction from Brett’s cuisine.

After further consultations with Brett on the detailed shape, weighting and dimensions of each piece, the next stage was to prepare hand-made prototype models for trialling by the team at The Ledbury.

The frosting of this new tableware requires mica flake formulation technology in the glaze, which needs very precise firing to optimise durability. This glaze, as well as the plates’ innovative profile, necessitated numerous prototypes before achieving the perfected final version.

This whole project took a full 18 months from brief to launch.

But we believe that this investment of time and concentration was fully warranted - Snipe Frost is truly the ultimate tableware for presenting the finest cuisine.

To submit a bespoke William Edwards enquiry, complete the form below. One of our tabletop experts will be in touch shortly after.