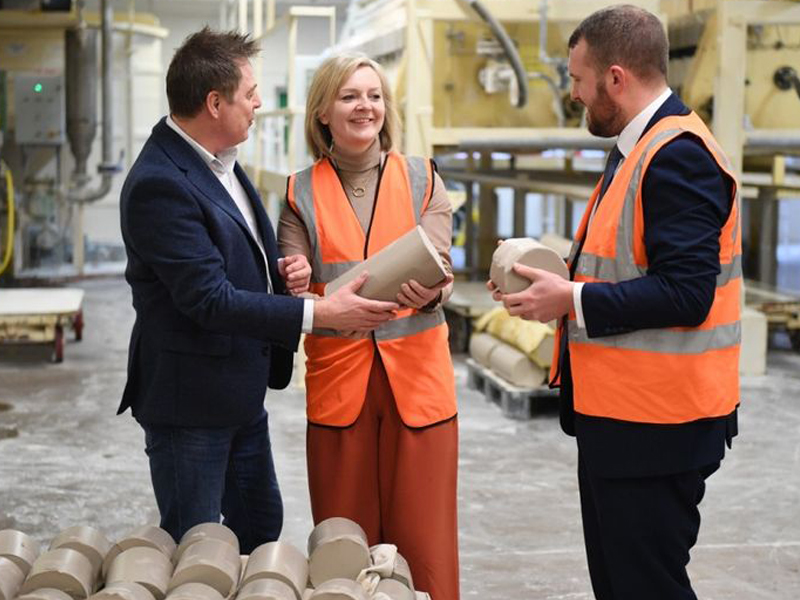 Ms Truss will meet with key industry figures including the British Ceramics Confederation (BCC) in Stoke-On-Trent to discuss how the UK ceramics industry can reap the rewards of an independent trade policy. The Secretary of State will also visit world renowned ceramics manufacturer Steelite International.

The Trade Secretary’s discussion with businesses in Stoke will focus on how new trade agreements will benefit the city, and what measures the government is taking to ensure local industry is protected from injury caused by unfair trading practices like dumping, where overseas firms sell goods to the UK market at below their fair market price.

“British businesses such as the fantastic ceramics companies I have visited today have everything to gain when we leave the EU. They will be able to realise the brilliant opportunities that will come from securing new free trade agreements with countries around the world. And this government will ensure that UK industries will continue to compete on a level playing field.

“People across the country in towns and cities like Stoke-on-Trent have put their faith in this government to deliver Brexit and improve both the local economy and the level of opportunity available to them. An independent trade policy that protects traditional northern industries like ceramics will help us repay that faith.”

The government has already established its own trade remedies system, currently operating as part of the department as the Trade Remedies Investigations Directorate (TRID). TRID will be responsible for investigating claims of harmful and unfair trading practices, such as dumping and subsidies after we leave the EU, protecting various UK industries. It will become an independent arms-length body called the Trade Remedies Authority (TRA) when the Trade Bill is passed into law.

As the UK takes back control of its independent trade policy, promoting British exports overseas and protecting key industries like the ceramics sector from unfair global trading practices remains high on the government’s agenda.

Click here for the full article on Business Live.